This mentoring workshop was aimed at young graduates who had received the Fem’Energia award and students at Master’s level.

This workshop was moderated by Natalie BONILLA, Deputy Head, Division of Radiological Protection and Human Aspects of Nuclear Safety at Nuclear Energy Agency.

Aline DES CLOIZEAUX, Director of the Division of Nuclear Power in the Department of Nuclear Energy at the International Atomic Energy Agency, along with Ms ARNALDOS GONZALVEZ were co-chair. Also featured during the workshop was a topical presentation from Ms DES CLOIZEAUX and a special virtual address from Diane CAMERON, Head of Division for Nuclear Technology Development and Economics at the NEA.

Around 15 undergraduate and graduate students and young professionals partook in the 3-day workshop. It was a privileged moment for all these young women from all over the world. They had the opportunity to meet, to discover each other’s backgrounds and journeys and essentially to forge strong ties. They furthermore had the opportunity to meet different representatives from the nuclear sector and to discover different professional and personal backgrounds. These testimonials will help them build their self-confidence and support them in their choice of a career in STEM first, and in nuclear if they wish.

This first edition generated plenty of joy and emotion. The group discussions made it possible to better understand the details of the challenges and achievements of each of the mentees, to discover strong and endearing personalities, and join forces with women likewise very committed to science and technology. This first edition in France was a great success and WiN France look forward to collaborating on more mentoring workshops in the future to help attract more young women to STEM careers. 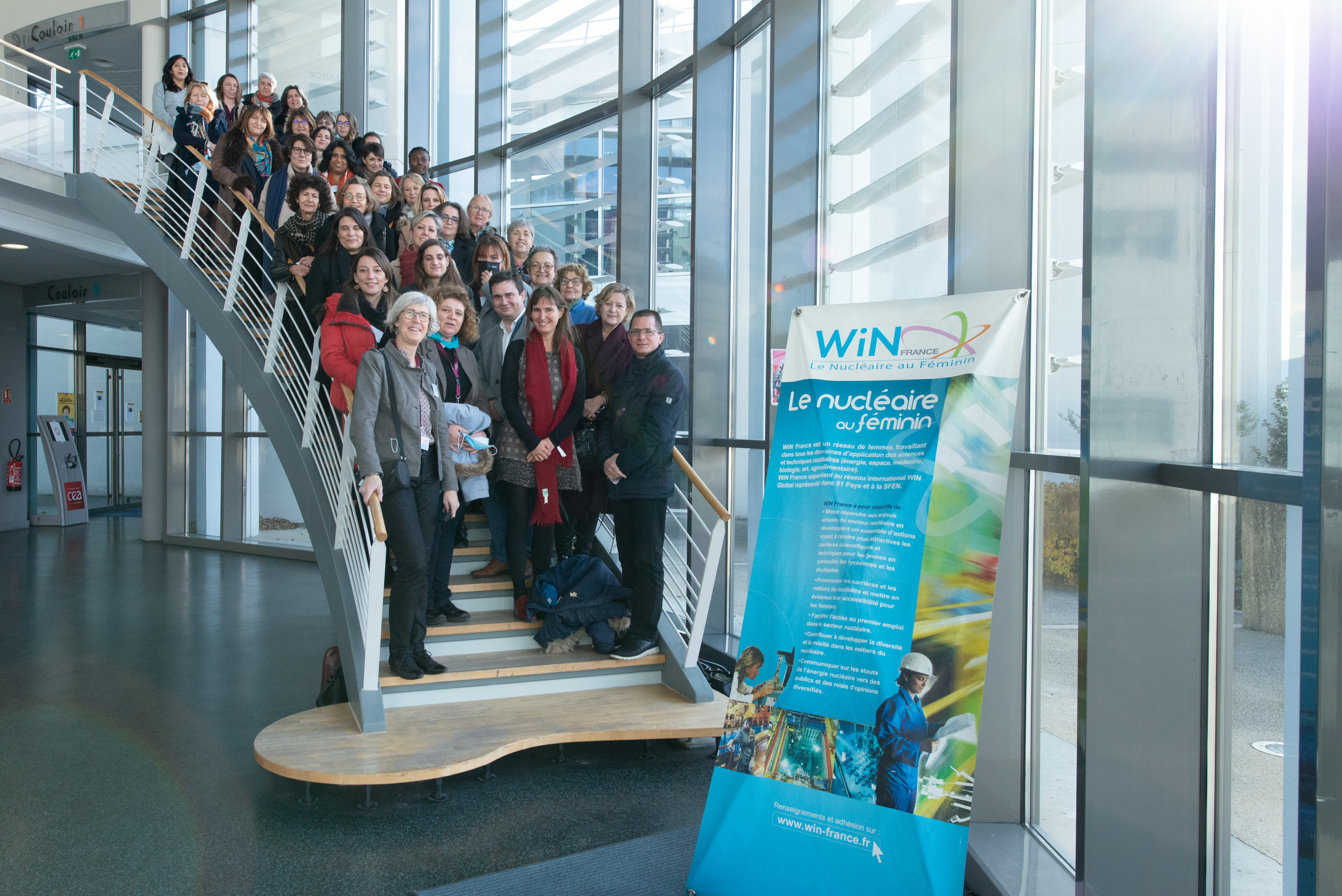 This Convention was held both face-to-face and virtually. For those who were able to go to Marcoule, it was a great pleasure to see each other again after 2 years. The theme was « Women at the heart of dismantling issues ».

A new WiN France Steering Committee was elected during the General Assembly.   Aline des Cloizeaux being called to other functions at the IAEA in Vienna,  Isabelle Poli becomes the new President.

During this Convention, Dominique Mouillot, President of WiN Global, presented from her office in Spain, the recently updated WiN Global strategic plan and WiN Global’s 2022 outlook. 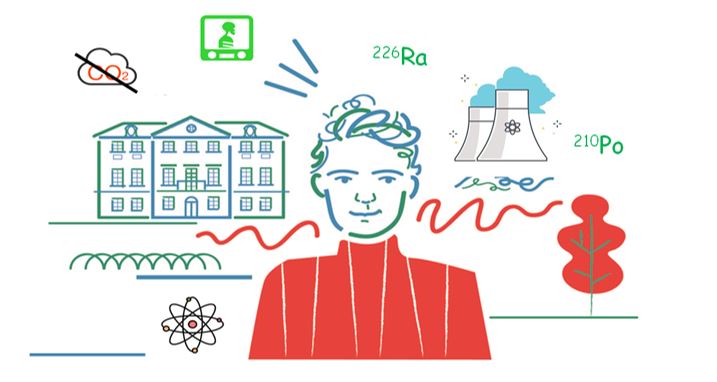 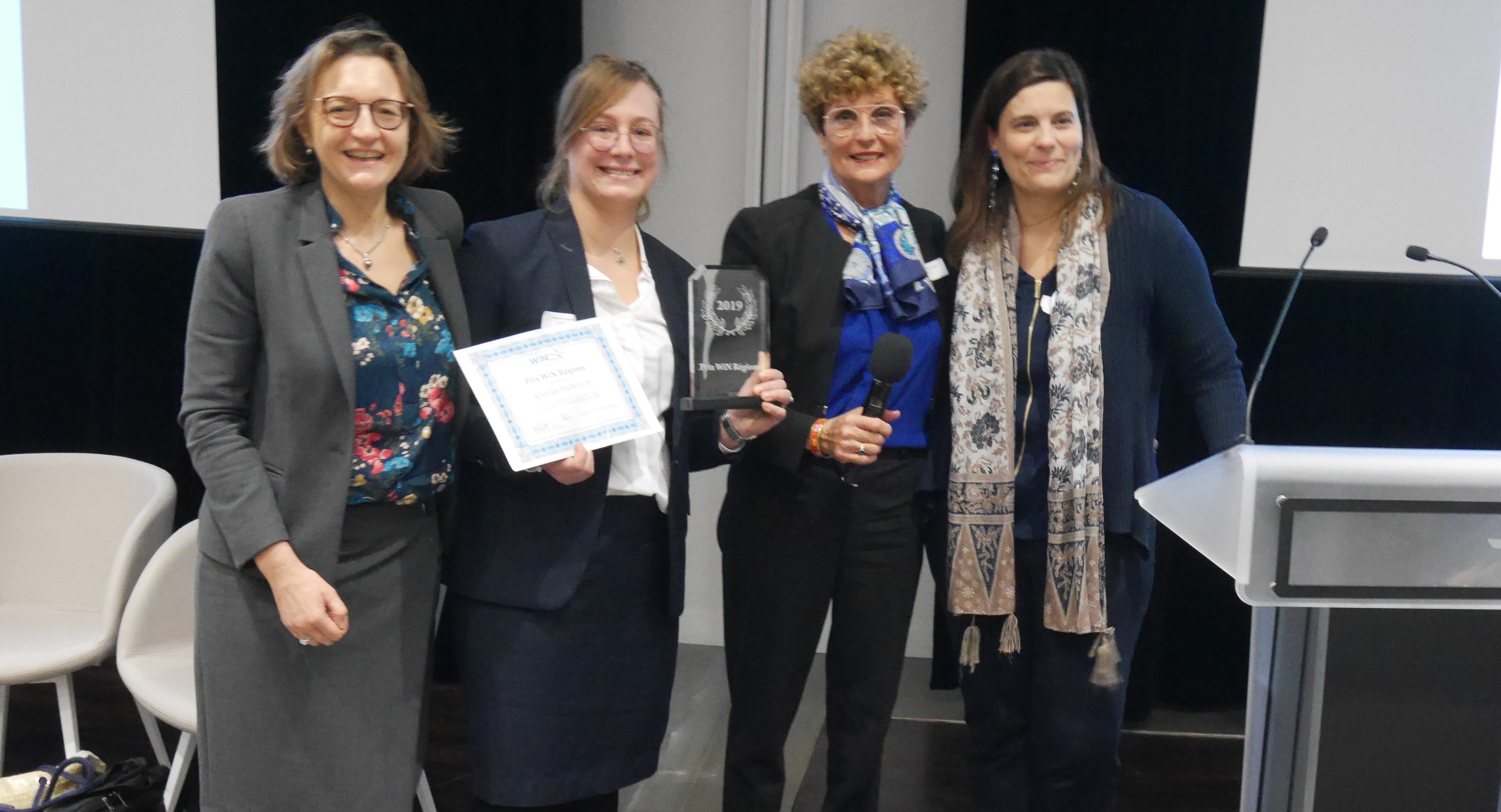 In the introduction, Aline des Cloizeaux, the new president of WiN France presented the results of an opinion poll, carried out by BVA for ORANO. Then, Valérie Faudon, general delegate of SFEN, intervened to present the results of the work carried out during the PIME (annual gathering of nuclear communicators).

During this meeting  Clotilde Morizot, active member of the WiN Rhône-Ain-Loire action committee, received the 1st WiN Regions award  for her remarkable actions during this year 2019.

The participants had also  the opportunity to exchange in workshops led by experts passionate about their field. These workshops were about different aspects of nuclear power: Nuclear energy is a clean energy with few CO2 emission, and an  inexpensive energy. Nuclear industry is also the third sector after aeronautics and automotive industries, with 220,000 jobs.

Other workshops were on how to communicate and discuss nuclear energy. How to communicate via social networks, with family or with a young audience or convince of the attractiveness of the professions offered in the nuclear industry.

The day ended with a play on a unknown part of Marie Curie’s life,  « The Pact of the Sisters » extracted from a short story of Natacha Henry, played by  the Compagny « le Saut des Anges »

In 1865 and 1867 in Warsaw under the Russian occupation, Bronia and Marie Sklodowska are passionated about the sciences. But , universities are prohibited for girls. Determined and already very accomplices, they decide to defy the obstacles and pursue their dreams. For Bronia, it will be medicine and for Marie, the physical sciences and then chemistry. 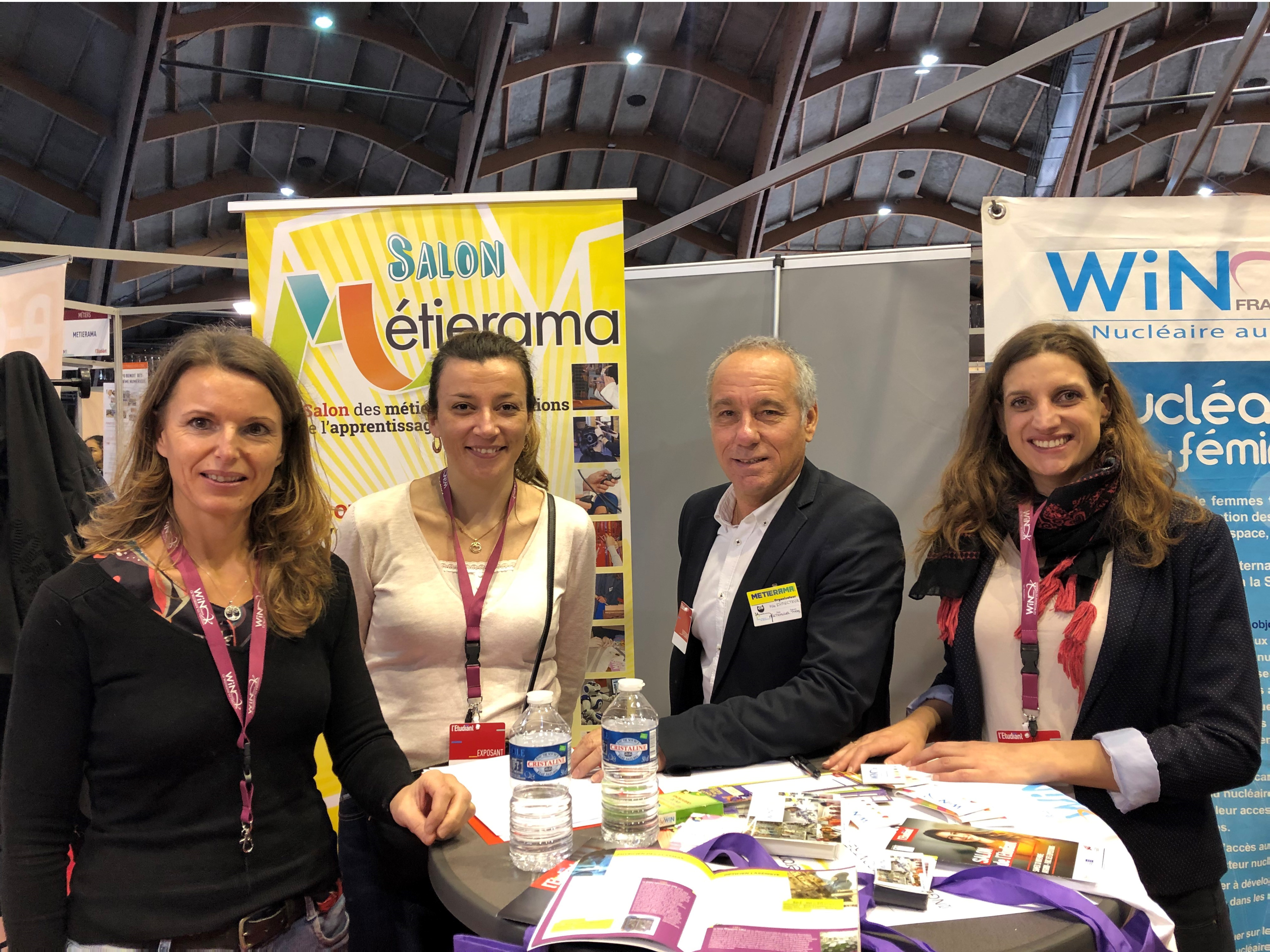 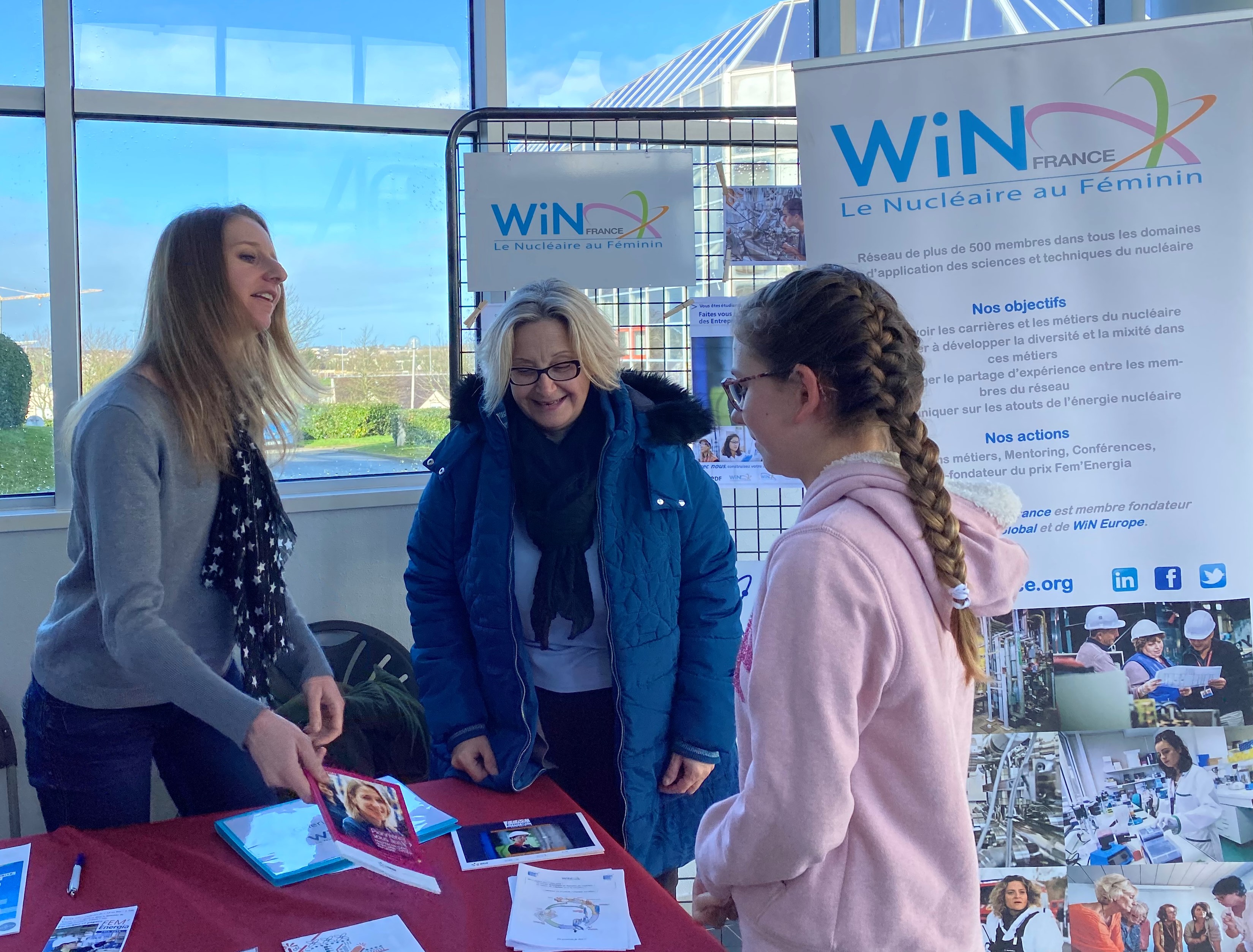 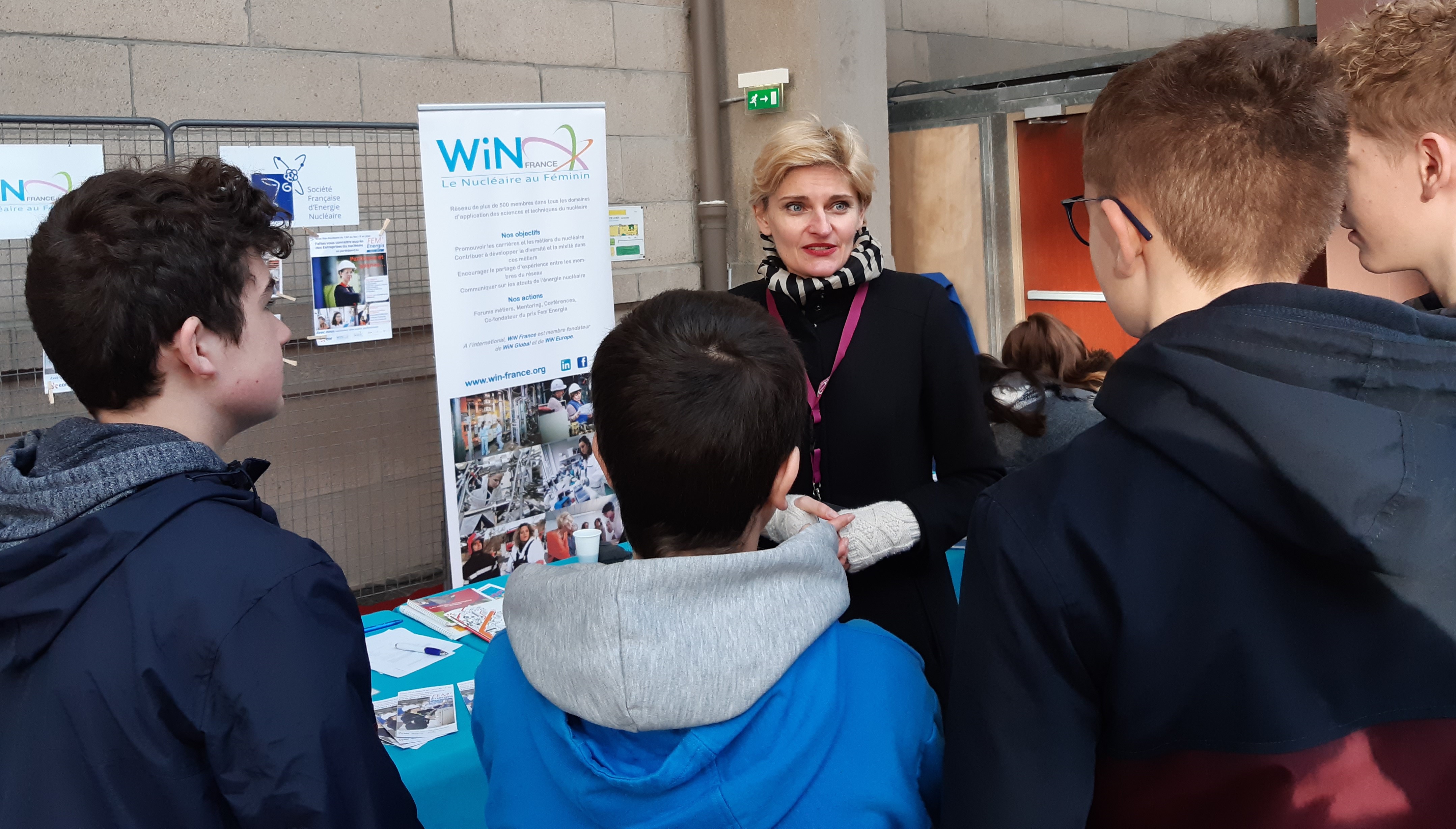 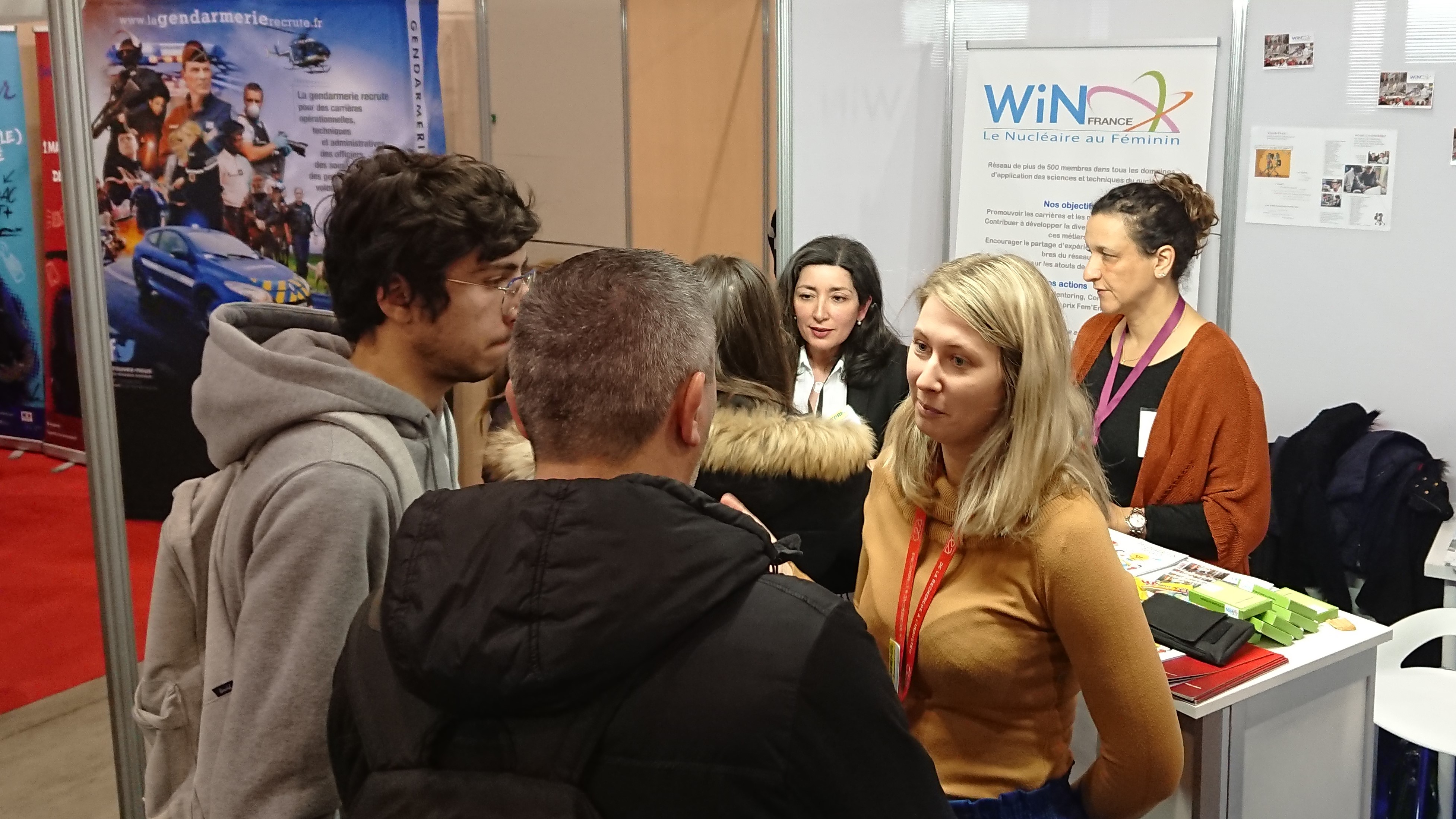 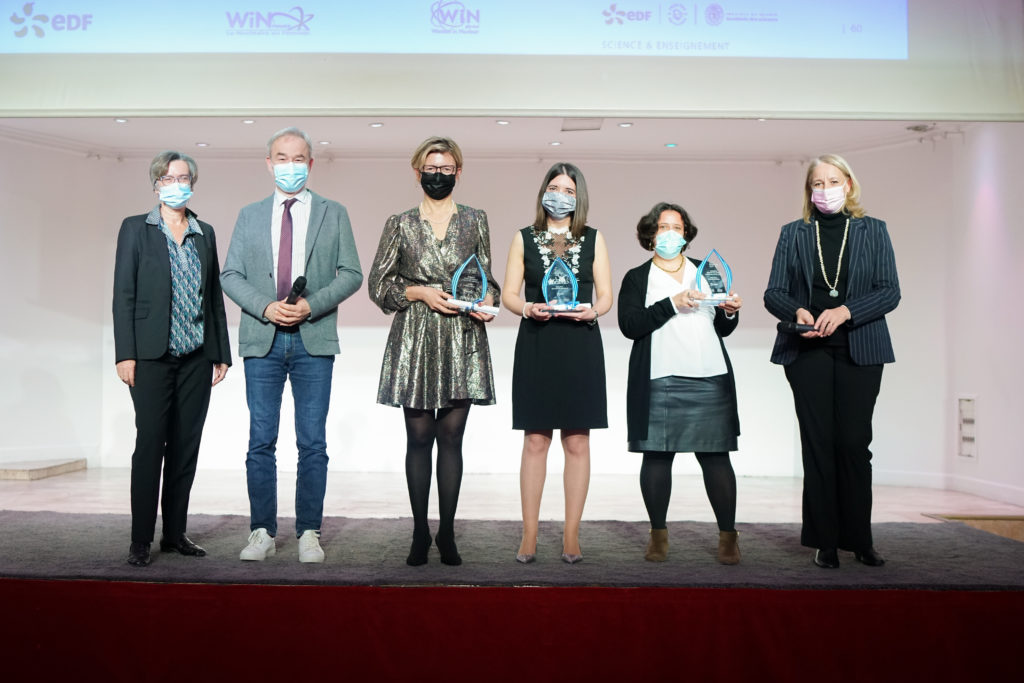 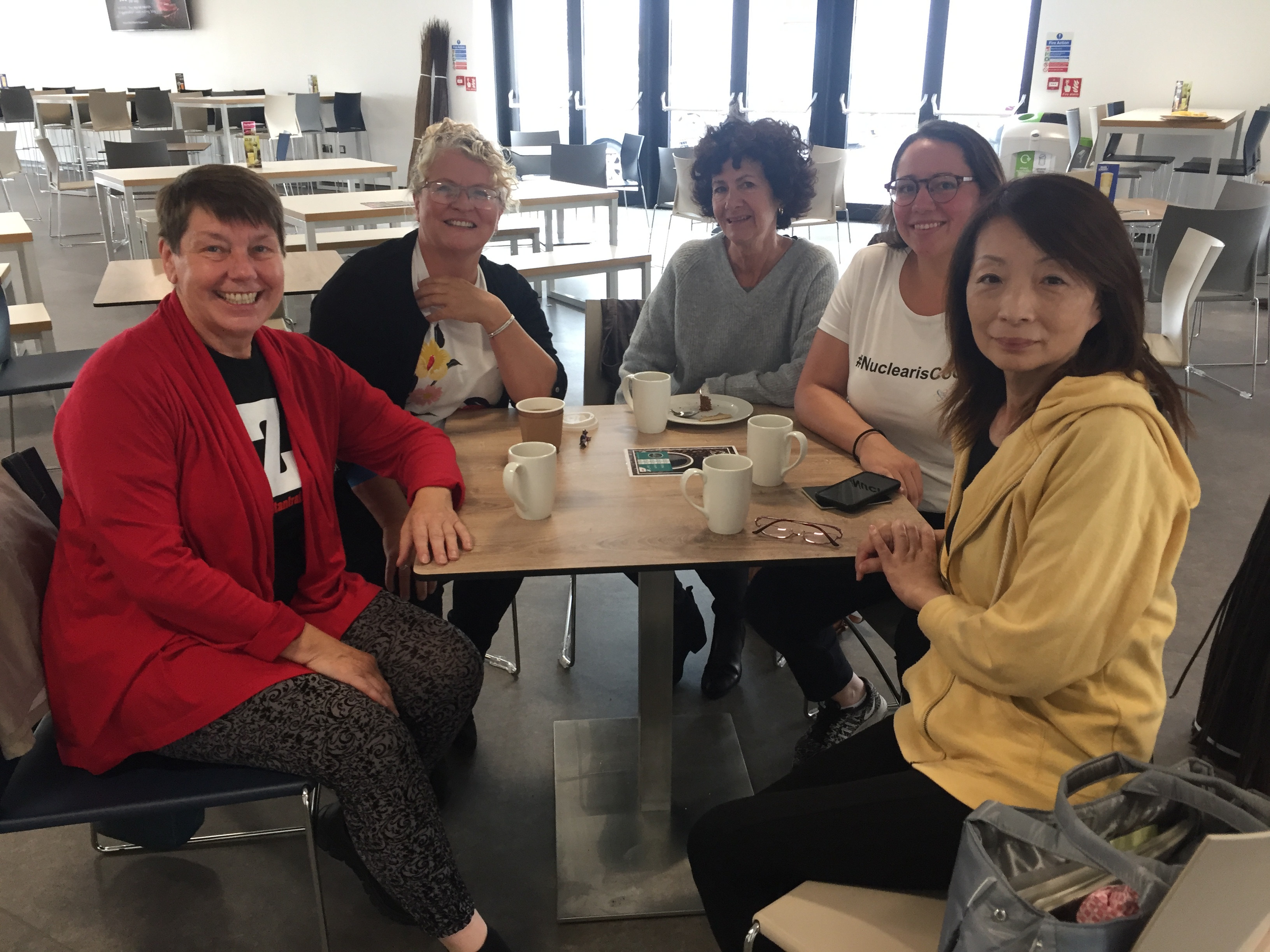 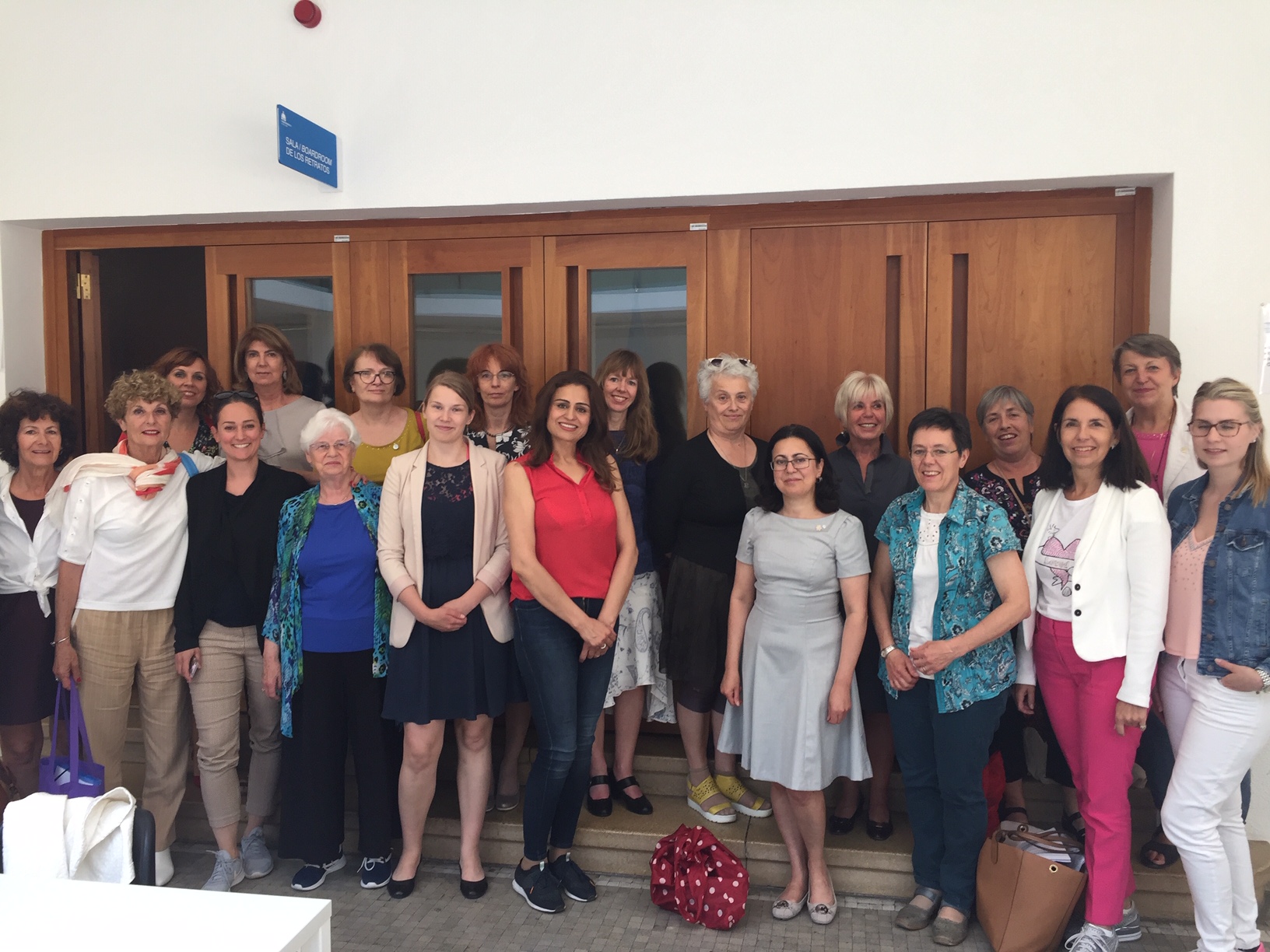 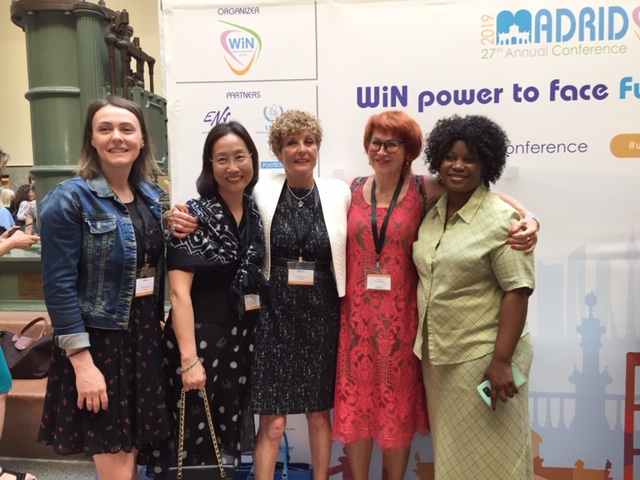 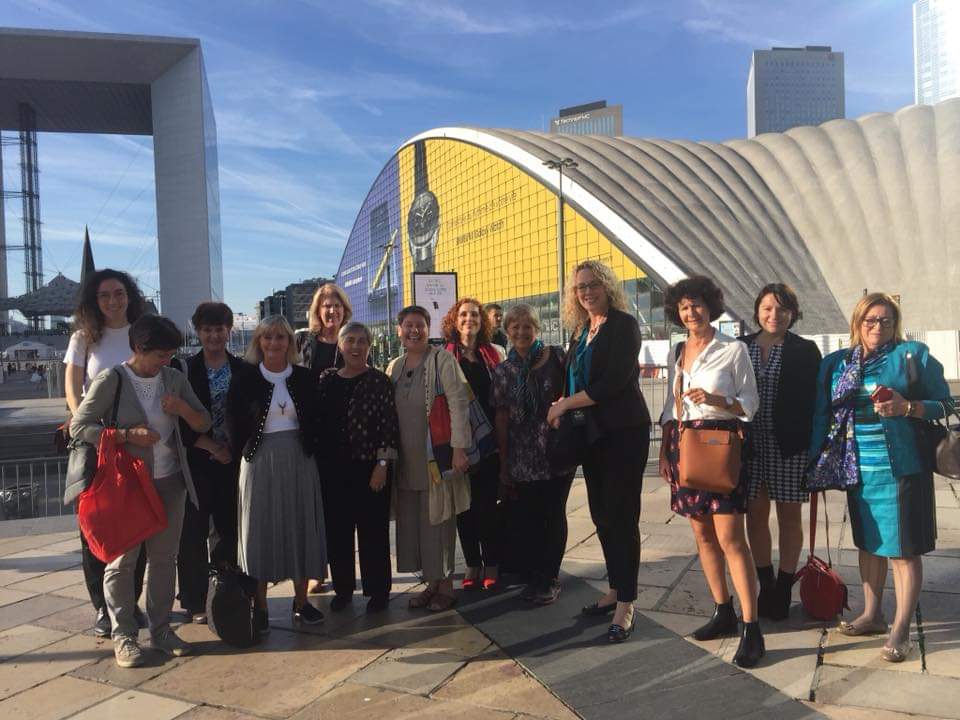 The fall WiN Global meeting took place in Paris around its president Gabi VOIGT. Since the last meeting more than 200 members have joined WiN Global, bringing to 35,000 the number of members with109 countries and 41 chapters including 4 new ones: Belgium, Bolivia, Cuba and Mexico. The next Annual meeting, organized by WiN Spain, will take place in Madrid from 17 to 21 June. 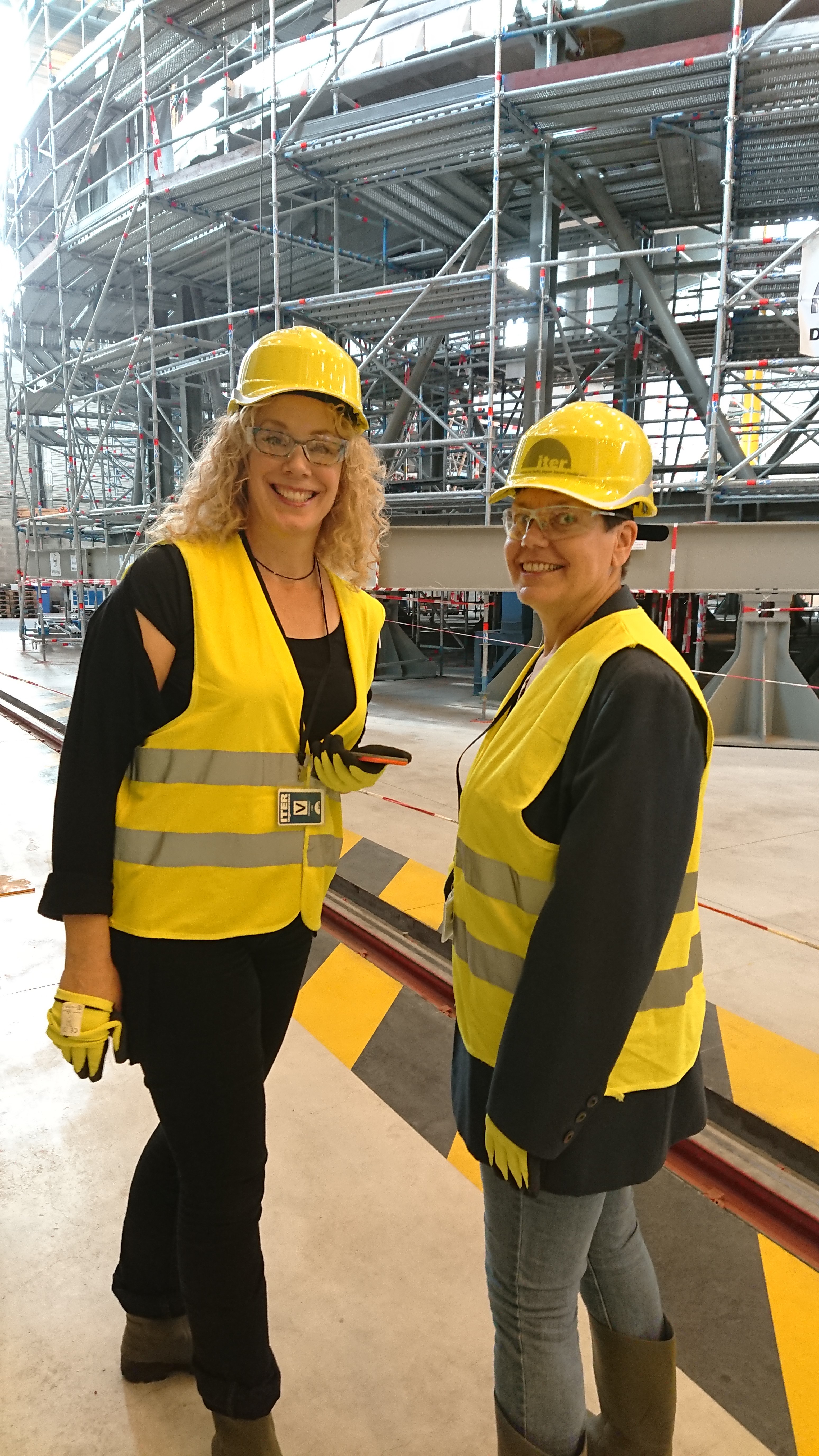 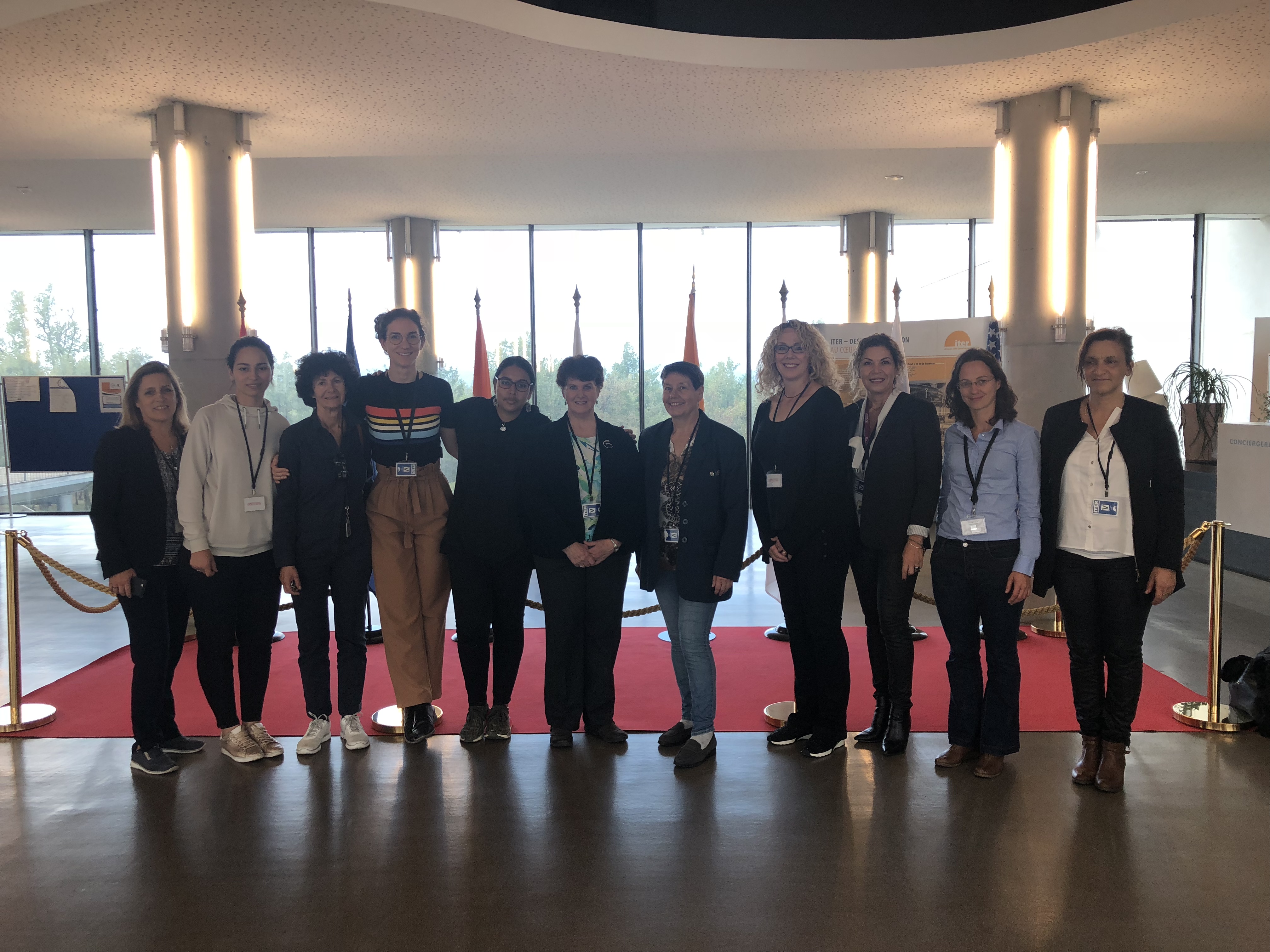 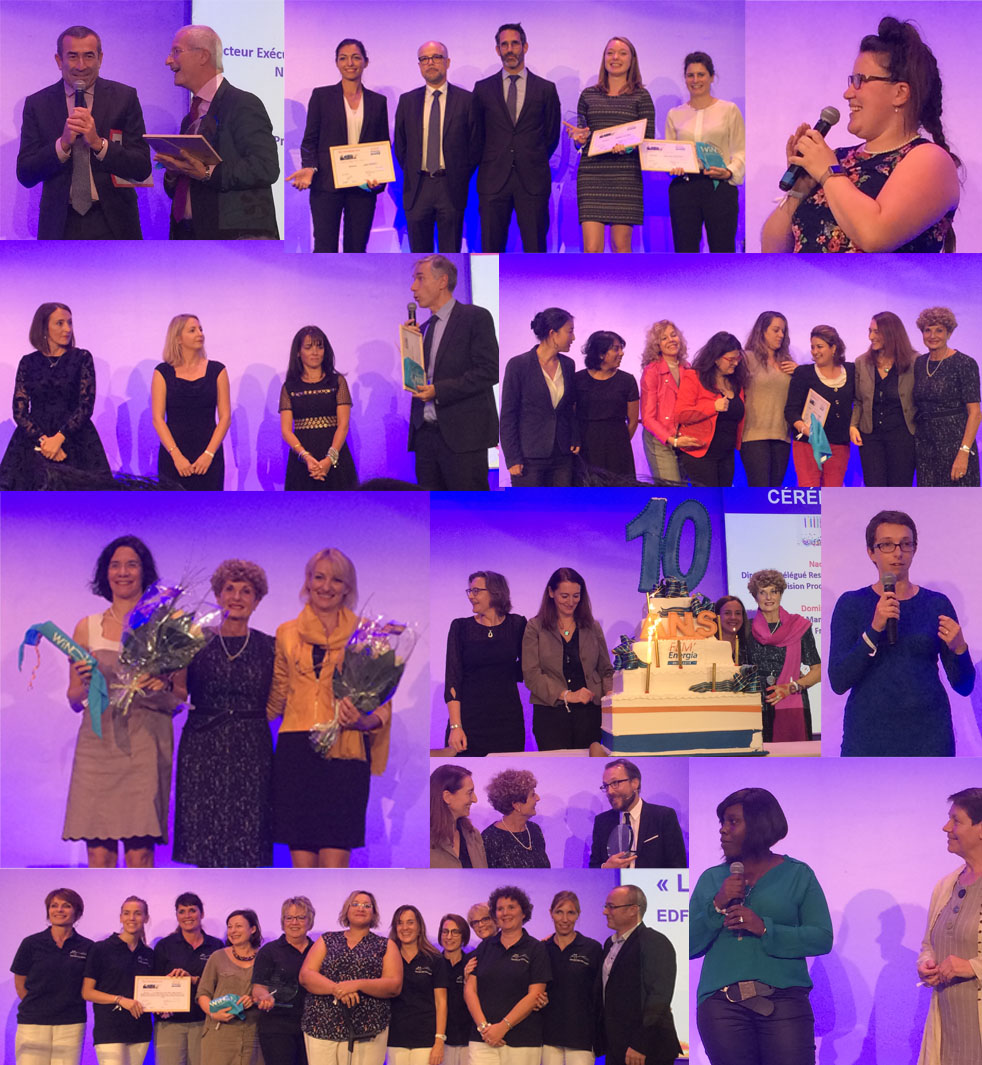 Looking back at Fem’Energia awards Since 2009, 1115 applications have been received, including more than 60 award winners and more than 200 nominees, a beautiful result. 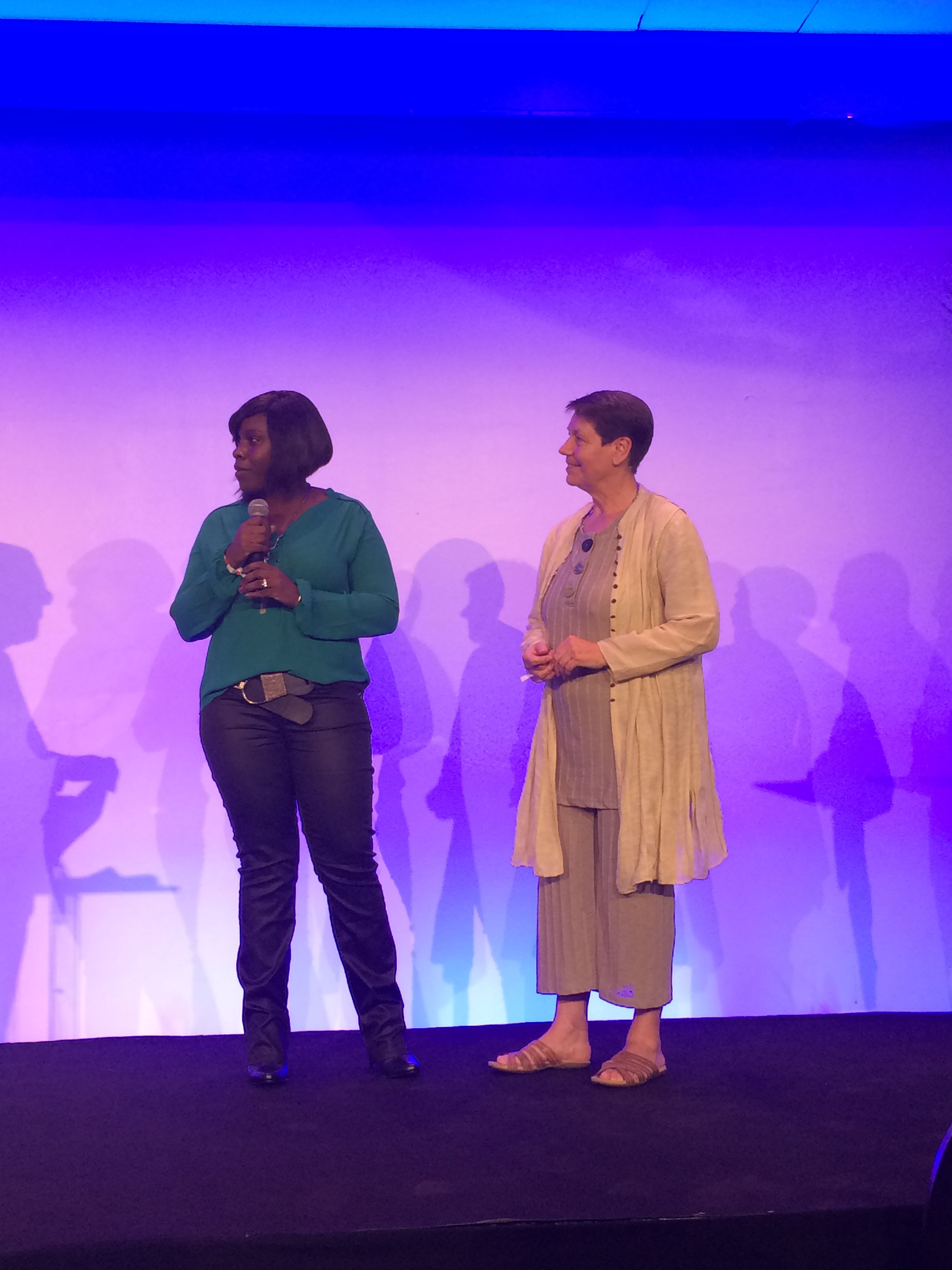